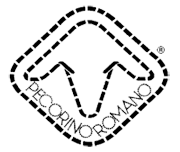 This page contains data of Italian production of Pecorino Romano P.D.O. (Protected Designation of Origin) Cheese, both in terms of tons of cheese, and in terms of hectoliter s of milk used.

The data are presented in a diachronic table of the last 3 dairy seasons (October-July) and displayed with a graph that shows the seasonal evolution.
The following graphs show the evolution, monthly and yearly, of milk deliveries to dairies in relation to the volumes of milk destined for the production of Pecorino Romano.

Two tables below show the data on cheese production and milk used, organized by Region (Sardinia and Lazio), with the possibility of consulting them also by Province.

The graphs below compare: